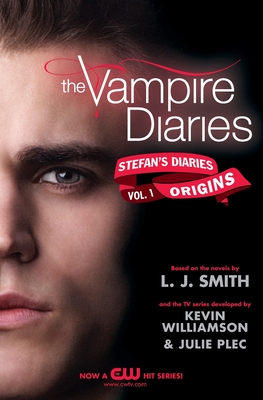 The first book in the New York Times bestselling series by L.J. Smith.

Set in mid-19th century Mystic Falls, Virginia, three teenagers enter a torrid love triangle that will span eternity. Brothers Stefan and Damon Salvatore are inseparable until they meet Katherine, a stunning, mysterious woman who turns their world upside down. Siblings turned rivals, the Salvatores compete for Katherine’s affection, only to discover that her sumptuous silk dresses and glittering gems hide a terrible secret: Katherine is a vampire. And she is intent on turning them into vampires so they can live together—forever.

L. J. Smith has written over two dozen books for young adults, including The Vampire Diaries, now a hit TV show. She has also written the bestselling Night World series and The Forbidden Game, as well as the #1 New York Times bestselling Dark Visions. She loves to walk the trails and beaches in Point Reyes, California, daydreaming about her latest book.

Kevin Williamson is the show runner and executive producer of The Vampire Diaries. His credits include the critically acclaimed television series Dawson's Creek and the blockbuster horror franchise Scream.

Julie Plec is the co-show runner and executive producer of The Vampire Diaries. She was most recently a writer-producer of the fan-favorite television series Kyle XY.