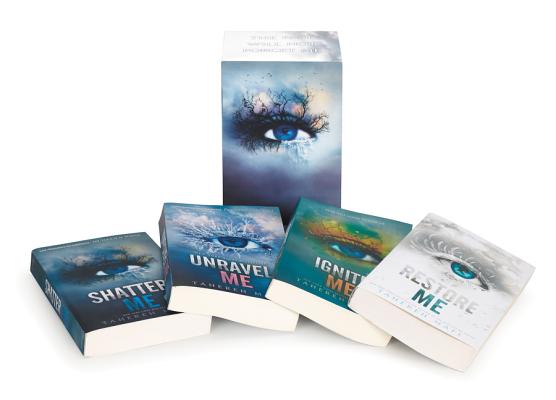 The first four novels in Tahereh Mafi's New York Times bestselling Shatter Me series (Shatter Me, Unravel Me, Ignite Me, and Restore Me) are available together for the first time in this paperback box set collection!

No one knows why Juliette's touch is fatal, but The Reestablishment has plans for her. Plans to use her as a weapon. But Juliette has plans of her own. After a lifetime without freedom, she's finally discovering a strength to fight for herself—and for a future with the one boy she thought she'd lost forever.

Tahereh Mafi is the National Book Award nominated and New York Times and USA Today bestselling author of An Emotion of Great Delight, the This Woven Kingdom series, the Shatter Me series, A Very Large Expanse of Sea, Whichwood, and Furthermore. You can find her on Instagram at @tahereh or on her website, www.taherehmafi.com.