Win at All Costs: Inside Nike Running and Its Culture of Deception 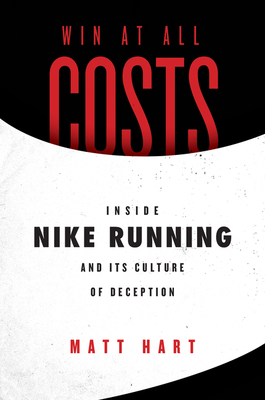 Win at All Costs: Inside Nike Running and Its Culture of Deception

By  Matt Hart
Paperback
$ 18.99
Out of Stock In Store (Available to Order)

“After years of rumors and speculation, Matt Hart sets out to peel back the layers of secrecy that protected the most powerful coach in running. What he finds will leave you indignant—and wondering whether anything in the high-stakes world of Olympic sport has truly changed.” —Alex Hutchinson, New York Times bestselling author of Endure

In May 2017, journalist Matt Hart received a USB drive containing a single file—a 4.7-megabyte PDF named “Tic Toc, Tic Toc. . .”. Opening the file, Hart realized he was in possession of a stolen report prepared a year earlier by the United States Anti-Doping Agency (USADA) for the Texas Medical Board as part of an investigation into legendary running coach Alberto Salazar, a Houston-based endocrinologist named Dr. Jeffrey Brown, and their Nike-sponsored runners, including some of the world’s best athletes.

The information Hart received was part of an unfolding story of deception that began when Steve Magness, an assistant to Salazar, broke the omertà—the Mafia-like code of silence around performance-enhancing drugs and gray-area tactics among those involved—and alerted the USADA. He was soon followed by Olympians Adam and Kara Goucher, who risked their careers to become whistleblowers on their former Nike running family in Beaverton, Oregon. They revealed a cult-like environment where athletes were pushed beyond the bounds of human athletic ability at the expense of competing with integrity: where runners’ declining mental and physical health was neglected while they were encouraged to misuse supplements and prescription medications with the help of complicit medical professionals.

Combining sports drama and business exposé, Win at All Costs tells the full story of Nike’s secretive running program, uncovering a cutthroat corporate culture of systemic cheating, gender discrimination, drug misuse, and medical malpractice. Shocking in the extent of its revelations, Win at All Costs opens readers’ eyes to the reality that rigged competition is widespread and entrenched—even at one of the most prestigious sports brands in the world.

Matt Hart is a freelance journalist whose writing covers sports science, human-powered adventure and exploration, performance-enhancing drugs, nutrition, and evolution. His work has appeared in The New Yorker, The Atlantic, The New York Times, National Geographic Adventure, and Outside magazine, among others. His reporting on the investigations into Salazar appeared on the front page, above the fold, of The New York Times in May 2017. In addition to his access to the Gouchers, other sources for the book include former Nike employees, athletes, and coaches; famed sports-scientist and Oregon Project whistleblower Steve Magness; and Olympic marathon gold medalist Frank Shorter, among many others.