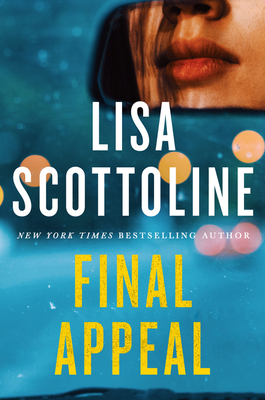 By  Lisa Scottoline
Paperback
$ 16.99
Out of Stock In Store (Available to Order)

“Scottoline is a master.”—Philadelphia Inquirer

Assigned to an explosive death penalty appeal, a long day of work unexpectedly leads to a night of passion with the chief judge. But when Gregorian is found dead the next morning, an apparent suicide, Grace knows she must uncover the truth.

Suddenly this working mother finds herself investigating a murder, unearthing a secret bank account, and following a trail of bribery and judicial corruption hidden even from the FBI. In no time at all, Grace under fire takes on a whole new meaning. With the help of an undercover federal agent, she will risk everything to see justice done.

Lisa Scottoline is a #1 bestselling and award-winning author of more than thirty-two novels. She also co-authors a bestselling non-fiction humor series with her daughter, Francesca Serritella. There are more than thirty million copies of Lisa's books in print in more than thirty-five countries. She lives in Pennsylvania with an array of disobedient but adorable pets.