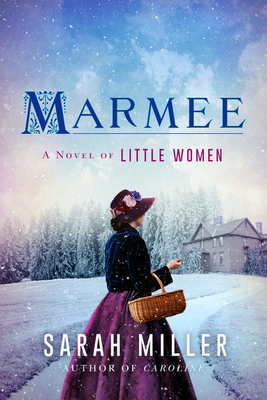 By  Sarah Miller
Hardcover
$ 27.99
Likely On Our Shelves

From the author of Caroline, a revealing retelling of Louisa May Alcott’s beloved Little Women, from the perspective of Margaret “Marmee” March, about the larger real-world challenges behind the cozy domestic concerns cherished by generations of readers.

In 1861, war is raging in the South, but in Concord, Massachusetts, Margaret March has her own battles to fight. With her husband serving as an army chaplain, the comfort and security of Margaret’s four daughters— Meg, Jo, Beth, and Amy—now rest on her shoulders alone. Money is tight and every month, her husband sends less and less of his salary with no explanation. Worst of all, Margaret harbors the secret that these financial hardships are largely her fault, thanks to a disastrous mistake made over a decade ago which wiped out her family’s fortune and snatched away her daughters’ chances for the education they deserve.

Yet even with all that weighs upon her, Margaret longs to do more—for the war effort, for the poor, for the cause of abolition, and most of all, for her daughters. Living by her watchwords, “Hope and keep busy,” she fills her days with humdrum charity work to keep her worries at bay. All of that is interrupted when Margaret receives a telegram from the War Department, summoning her to her husband’s bedside in Washington, D.C. While she is away, her daughter Beth falls dangerously ill, forcing Margaret to confront the possibility that the price of her own generosity toward others may be her daughter’s life.

A stunning portrait of the paragon of virtue known as Marmee, a wife left behind, a mother pushed to the brink, a woman with secrets.

Sarah Miller began writing her first novel at ten years old and has spent half her life working in libraries and bookstores. She is the author of Caroline: Little House, Revisited, and Miss Spitfire: Reaching Helen Keller, which was named an ALA Best Book for Young Adults and nominated for numerous state award lists. Sarah lives in Michigan.