A Portrait of the Scientist as a Young Woman: A Memoir 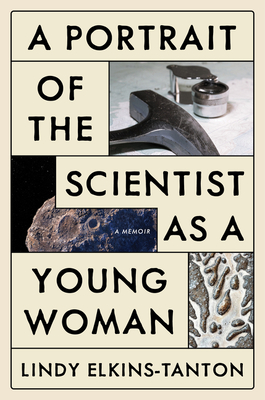 A Portrait of the Scientist as a Young Woman: A Memoir

By  Lindy Elkins-Tanton
Hardcover
$ 29.99
Likely On Our Shelves

From one of the world’s leading planetary scientists, a luminous memoir of exploration on Earth, in space, and within oneself—equal parts ode to the beauty of science, meditation on loss, and roadmap for personal resilience

Deep in the asteroid belt between Mars and Jupiter, three times farther from the sun than the Earth is, orbits a massive asteroid called (16) Psyche. It is one of the largest objects in the belt, potentially containing the equivalent of the world’s total economy in metals, though they cannot be brought back to Earth. But (16) Psyche has the potential to unlock something even more valuable: the story of how planets form, and how our planet formed. Soon we will find out, thanks to the extraordinary work of Lindy Elkins-Tanton, the Principal Investigator of NASA’s $800 million Psyche mission, and the second woman ever to be awarded a major NASA space exploration contract.

The journey that brought her to this place is extraordinary. Amid a childhood of terrible trauma, Elkins-Tanton fell in love with science as a means of healing and consolation. But still she wondered, was forced to wonder: as a woman, was science “for her”? In answering that question, she takes us from the wilds of the Siberian tundra to the furthest reaches of outer space, from the Mayo Clinic, where Elkins-Tanton battled ovarian cancer while writing the Psyche proposal, to NASA’s Jet Propulsion Laboratory, where her team brought that proposal to life.

A Portrait of the Scientist as a Young Woman is a beautifully-constructed memoir that explores how a philosophy of life can be built from the tools of scientific inquiry. It teaches us how to approach difficult problems by asking the right questions and truly listening to the answers—and how we may find meaning through exploring the wonders of the universe around us.

Lindy Elkins-Tanton is a world-renowned planetary scientist and member of the National Academy of Sciences. She is the Principal Investigator of NASA’s Psyche mission, and Vice President for the Interplanetary Initiative at Arizona State University, one of the top Earth and planetary science research schools in the United States. Among her major original research achievements are the discovery that the Siberian flood basalts caused the end-Permian extinction, the revelation that rocky planets are born wet, and the concept of “drip volcanism.” Asteroid (8252) Elkins-Tanton is named for her.