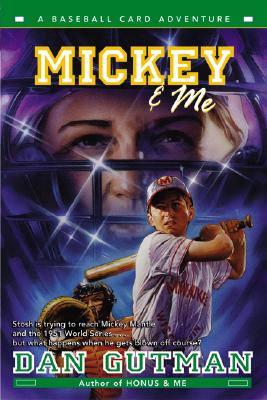 "This chapter book series by Dan Gutman is a more advanced version of the Magic Tree House series where the historical adventures are all baseball focused. I highly recommend this book to baseball fans and action/adventure fans" (Brightly.com).

When Joe Stoshack's dad ends up in the hospital after a car accident, he has two words to say to his son: Mickey Mantle. For Stosh has a special power—with a baseball card in hand, he can travel back in time. And his dad has a rare card—Mantle's valuable 1951 rookie card. "I've been thinking about it for a long time. Go back to 1951. You're the only one who can do it," Dad whispers.

That night Stosh grips the card and prepares for another magical adventure. But when he opens his eyes, he's not in Yankee Stadium—he's in Milwaukee on June 8, 1944. And how he wound up there is not half as surprising as what he finds!