The Songs of the South: An Anthology of Ancient Chinese Poems by Qu Yuan and Other Poets 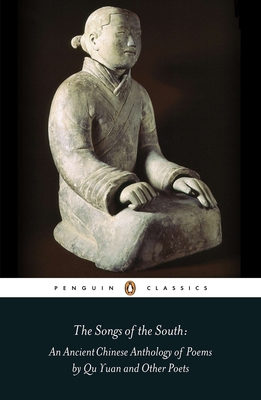 The Songs of the South: An Anthology of Ancient Chinese Poems by Qu Yuan and Other Poets

Dating from the second century AD, this anthology is the second- oldest collection of Chinese poems in existence. The poems, originating from the state of Chu and rooted in Shamanism, are grouped under seventeen titles and contain all that we know of Chinese poetry's ancient beginnings. The earliest poems were composed in the fourth century BC, and almost half of them are traditionally ascribed to Qu Yuan. In his introduction to this edition, David Hawkes provides a fascinating discussion of the history of these poems and their context, styles, and themes.

Qu Yuan (c. 340 BC-278 BC) was a scholar and a government minister. He is regarded as the first Chinese poet to have his name attributed to his work and his death is commemorated with the famous Duanwu (Dragon Boat) Festival.