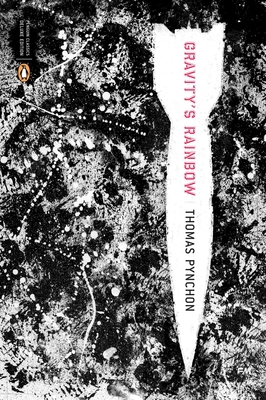 By  Thomas Pynchon , Illustrated By  Frank Miller
$ 23.00
Likely On Our Shelves

Winner of the 1973 National Book Award, Gravity's Rainbow is a postmodern epic, a work as exhaustively significant to the second half of the twentieth century as Joyce's Ulysses was to the first. Its sprawling, encyclopedic narrative and penetrating analysis of the impact of technology on society make it an intellectual tour de force.

This Penguin Classics deluxe edition features a specially designed cover by Frank Miller along with french claps and deckle-edged paper.

Thomas Pynchon is the author of V., The Crying of Lot 49, Gravity's Rainbow, Slow Learner, a collection of short stories, Vineland , Mason and Dixon and, most recently, Against the Day. He received the National Book Award for Gravity's Rainbow in 1974.

Frank Miller is the author and illustrator of Sin City and the 1986 Batman comic The Dark Knight Returns, which is regarded as a milestone in the superhero genre.