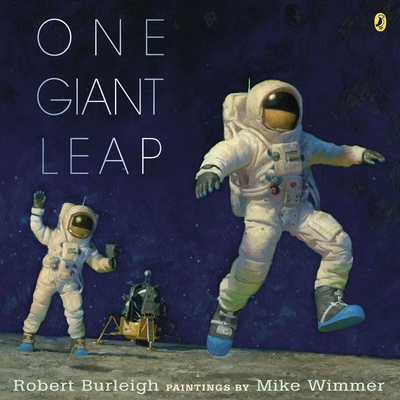 The exciting story of the first-ever moon landing—a perfect way to introduce young readers to that pivotal moment in human history!

On July 20, 1969, Neil Armstrong became the first person in history to set foot on the moon. As he did so, he uttered his famous declaration: “That’s one small step for man, one giant leap for mankind.” But how did he and Buzz Aldrin reach the moon? What was their journey like? In this gorgeously illustrated book, readers join the crew of Apollo 11 as they race into space and reach incredible new heights. With a message that anything is possible if you try, and a large trim size that works nicely for group reads, this is a wonderful classroom or story-time read-aloud and a great way to share the story of the first moon landing with young readers. To commemorate this extraordinary moment in human history, Robert Burleigh and Mike Wimmer have created a breathtakingly beautiful tribute that transports readers to the stars, where they will experience the moon landing just as Neil Armstrong and Buzz Aldrin did.

Robert Burleigh has authored more than thirty children’s books, many of them biographies of professional sports stars, among them Babe Ruth, Jackie Robinson, Jorge Posada, and the New York Times bestselling Game Day as told by Ronde and Tiki Barber.

Mike Wimmer grew up in Muskogee, Oklahoma. He studied art at the University of Oklahoma.