The Gate to China: A New History of the People's Republic and Hong Kong 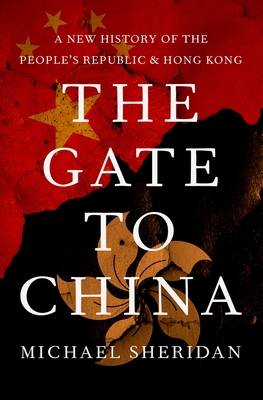 The Gate to China: A New History of the People's Republic and Hong Kong

By  Michael Sheridan
Hardcover
$ 29.95
Out of Stock In Store

An epic history of the rise of China and the fall of Hong Kong to authoritarian rule. Essential reading for anyone wishing to deal with China or to understand the world in which we live.

The rise of China and the fall of Hong Kong to authoritarian rule are told with unique insight in this new history by Michael Sheridan, drawing on documents from archives in China and the West, interviews with key figures and eyewitness reporting over three decades. The story takes the reader from the earliest days of trade through the Opium Wars of the nineteenth century to the age of globalisation, the handover of Hong Kong from Britain to China, the fight for democracy on the city's streets and the ultimate victory of the Chinese Communist Party. As the West seeks a new China policy, we learn from private papers how Margaret Thatcher anguished over the fate of Hong Kong, sought secret American briefings on how to deal with Beijing and put her trust in a spymaster who was tormented by his own doubts. The Chinese version of history, so often unheard, emerges from memoirs and documents, many of them entirely new to the foreign reader, which reveal China's negotiating tactics. The voices of Hong Kong people DS eloquent, smart and bold DS speak compellingly here at every turn. The Gate to China tells how Hong Kong was the gate to China as it reformed its economy and changed the world, emerging to challenge the West with a new order that raised fundamental questions about freedom, identity, and progress. Told through real human stories and a gripping narrative for the general reader, it is also critical reading for all who study, trade or deal with China.

Michael Sheridan read history at Jesus College, Cambridge, and became a foreign correspondent in Asia, the Middle East and Europe. He first reported from Hong Kong and China in June 1989 and later served as Far East correspondent for The Sunday Times (London) for twenty years, covering the rise of China, the handover of Hong Kong in 1997 and the city's fight for democracy. Earlier he worked for Reuters, ITN and The Independent, reporting on war in the Middle East, global diplomacy and European politics, with postings in Rome, Beirut and Jerusalem. His work has also appeared in The Times Literary Supplement, The Spectator, The Tablet, Vanity Fair, The Australian and the Hong Kong Economic Journal. He is author of a 1994 book Romans: Their Lives and Times.