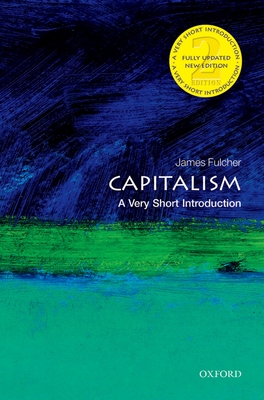 What is capitalism? Is capitalism the same everywhere? Is there an alternative?

The word "capitalism" is one that is heard and used frequently, but what is capitalism really all about, and what does it mean? This Very Short Introduction addresses questions such as, "what is capital?" before discussing the history and development of capitalism through several detailed case studies, ranging from the tulipomania of 17th century Holland, the Great Depression of the 1930s, and in this new edition, the impact of the global financial crisis that started in 2007-08. James Fulcher looks at the different forms that capitalism takes in Britain, Japan, Sweden, and the United States, and explores whether capitalism has escaped the nation-state by going global. It ends by asking whether there is an alternative to capitalism, discussing socialism, communal and cooperative experiments, and the alternatives proposed by environmentalists. ABOUT THE SERIES:
The Very Short Introductions series from Oxford University Press contains hundreds of titles in almost every subject area. These pocket-sized books are the perfect way to get ahead in a new subject quickly. Our expert authors combine facts, analysis, perspective, new ideas, and enthusiasm to make interesting and challenging topics highly readable.

James Fulcher read History at Cambridge, took a Sociology Masters at the London School of Economics, and wrote his PhD at the University of Leicester. His career was spent in the Sociology Department at the University of Leicester and, with John Scott, he produced a number of editions of Sociology, published by Oxford, which has been judged "the best of the all-encompassing texts". His main research interest has been in the history of industrial relations in Sweden and his main teaching interest in the development of Japanese society.