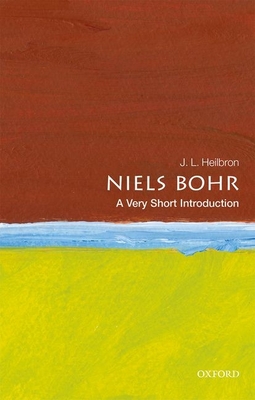 Niels Bohr, who pioneered the quantum theory of the atom, had a broad conception of his obligations as a physicist. They included not only a responsibility for the consequences of his work for the wider society, but also a compulsion to apply the philosophy he deduced from his physics to improving ordinary people's understanding of the moral universe they inhabit. In some of these concerns Bohr resembled Einstein, although Einstein could not accept what he called the "tranquilizing philosophy" with which Bohr tried to resolve such ancient conundrums as the nature (or possibility) of free will.

In this Very Short Introduction John Heilbron draws on sources never before presented in English to cover the life and work of one of the most creative physicists of the 20th century. In addition to his role as a scientist, Heilbron considers Bohr as a statesman and Danish cultural icon, who built scientific institutions and pushed for the extension of international cooperation in science to all nation states. As a humanist he was concerned with the cultivation of all sides of the individual, and with the complementary contributions of all peoples to the sum of human culture. Throughout, Heilbron considers how all of these aspects of Bohr's personality influenced his work, as well as the science that made him, in the words of Sir Henry Dale, President of the Royal Society of London, probably the "first among all the men of all countries who are now active in any department of science." ABOUT THE SERIES: The Very Short Introductions series from Oxford University Press contains hundreds of titles in almost every subject area. These pocket-sized books are the perfect way to get ahead in a new subject quickly. Our expert authors combine facts, analysis, perspective, new ideas, and enthusiasm to make interesting and challenging topics highly readable.

J.L. Heilbron is Professor of History and Vice Chancellor, Emeritus, at the University of California, Berkeley. After retiring in 1994, Heilbron taught sporadically at Caltech and Yale, and lived mostly around Oxford, where he has been Senior Research Fellow at Worcester College and the Oxford Museum for the History of Science. His many books, which deal with the history of science from the late Renaissance to the 20th century, include Galileo (OUP, 2012), Love, Literature, and the Quantum Atom: Niels Bohr's 1913 trilogy revisited (OUP, 2013), with Finn Aaserud, and The History of Physics VSI (OUP, 2018). He also served as general editor of the Oxford Companion to the History of Modern Science (OUP 2003).