Charles I's Killers in America: The Lives and Afterlives of Edward Whalley and William Goffe 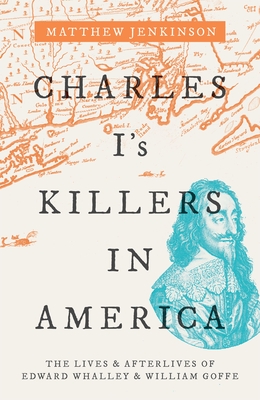 Charles I's Killers in America: The Lives and Afterlives of Edward Whalley and William Goffe

When the British monarchy was restored in 1660, King Charles II was faced with the conundrum of what to with those who had been involved in the execution of his father eleven years earlier. Facing a grisly fate at the gallows, some of the men who had signed Charles I's death warrant fled to America.

Charles I's Killers in America traces the gripping story of two of these men -- Edward Whalley and William Goffe -- and their lives in America, from their welcome in New England until their deaths there. With fascinating insights into the governance of the American colonies in the seventeenth century, and how a network of colonists protected the regicides, Matthew Jenkinson overturns the enduring theory that Charles II unrelentingly sought revenge for the murder of his father. Charles I's Killers in America also illuminates the regicides' afterlives, with conclusions that have far-reaching implications for our understanding of Anglo-American political and cultural relations. Novels, histories, poems, plays, paintings, and illustrations featuring the fugitives were created against the backdrop of America's revolutionary strides towards independence and its forging of a distinctive national identity. The history of the 'king-killers' was distorted and embellished as they were presented as folk heroes and early champions of liberty, protected by proto-revolutionaries fighting against English tyranny. Jenkinson rewrites this once-ubiquitous and misleading historical orthodoxy, to reveal a far more subtle and compelling picture of the regicides on the run.

Matthew Jenkinson received his doctorate from Merton College, Oxford. He is the author of Culture and Politics at the Court of Charles II, 1660-85 (2010) and several articles on history, literature, and education. He has held four research fellowships at the Huntington Library in California and he is a Fellow of the Royal Historical Society. He lives in Oxford, where he is a Member of the Senior Common Room of New College.