Black in White Space: The Enduring Impact of Color in Everyday Life 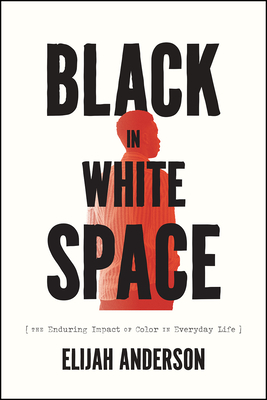 Black in White Space: The Enduring Impact of Color in Everyday Life

From the vital voice of Elijah Anderson, Black in White Space sheds fresh light on the dire persistence of racial discrimination in our country.

A birder strolling in Central Park. A college student lounging on a university quad. Two men sitting in a coffee shop. Perfectly ordinary actions in ordinary settings—and yet, they sparked jarring and inflammatory responses that involved the police and attracted national media coverage. Why? In essence, Elijah Anderson would argue, because these were Black people existing in white spaces.

In Black in White Space, Anderson brings his immense knowledge and ethnography to bear in this timely study of the racial barriers that are still firmly entrenched in our society at every class level. He focuses in on symbolic racism, a new form of racism in America caused by the stubbornly powerful stereotype of the ghetto embedded in the white imagination, which subconsciously connects all Black people with crime and poverty regardless of their social or economic position. White people typically avoid Black space, but Black people are required to navigate the “white space” as a condition of their existence. From Philadelphia street-corner conversations to Anderson’s own morning jogs through a Cape Cod vacation town, he probes a wealth of experiences to shed new light on how symbolic racism makes all Black people uniquely vulnerable to implicit bias in police stops and racial discrimination in our country.

An unwavering truthteller in our national conversation on race, Anderson has shared intimate and sharp insights into Black life for decades. Vital and eye-opening, Black in White Space will be a must-read for anyone hoping to understand the lived realities of Black people and the structural underpinnings of racism in America.

Elijah Anderson is the Sterling Professor of Sociology and of African American Studies at Yale University. His past books include A Place on the Corner,Streetwise, published by the University of Chicago Press, as well as Code of the Street and The Cosmopolitan Canopy.