In Black and White (Weatherhead Books on Asia) 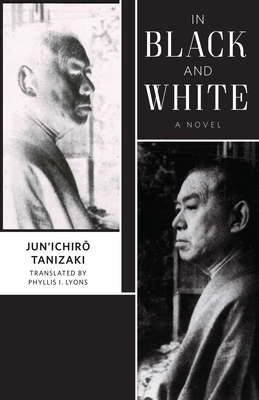 In Black and White (Weatherhead Books on Asia)

Jun'ichirō Tanizaki's In Black and White is a literary murder mystery in which the lines between fiction and reality are blurred. The writer Mizuno has penned a story about the perfect murder. His fictional victim is modeled on an acquaintance, a fellow writer. When Mizuno notices just before the story is about to be published that this man's real name has crept into his manuscript, he attempts to correct the mistake, but it is too late. He then becomes terrified that an actual murder will take place--and that he will be the main suspect. Mizuno goes to great lengths to establish an alibi, venturing into the city's underworld. But he finds himself only more entangled as his paranoid fantasies, including a mysterious "Shadow Man" out to entrap him, intrude into real life. A sophisticated psychological and metafictional mystery, In Black and White is a masterful yet little-known novel from a great writer at the height of his powers.

The year 1928 was a remarkable one for Tanizaki. He wrote three exquisite novels, but while two of them--Some Prefer Nettles and Quicksand--became famous, In Black and White disappeared from view. All three were serialized in Osaka and Tokyo newspapers and magazines, but In Black and White was never published as an independent volume. This translation restores it to its rightful place among Tanizaki's works and offers a window into the author's life at a crucial point in his career. A critical afterword explains the novel's context and importance for Tanizaki and Japan's literary and cultural scene in the 1920s, connecting autobiographical elements with the novel's key concerns, including Tanizaki's critique of Japanese literary culture and fiction itself.

Jun'ichirō Tanizaki (1886-1965) was one of the most prominent Japanese writers of the twentieth century. Among his classic novels are Naomi, The Makioka Sisters, and The Key. Phyllis I. Lyons is professor emeritus of Japanese language and literature at Northwestern University. She is the author of The Saga of Dazai Osamu: A Critical Study with Translations (1985).