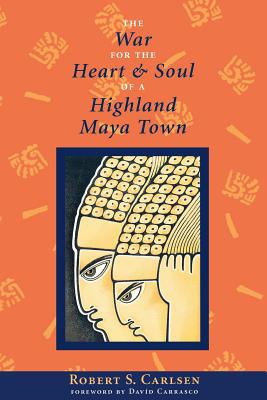 After a decade of military occupation known as la violencia, the Tz'utujil-speaking Maya of Santiago Atitlan stood up to the Guatemalan Army in 1990 and forced it to leave their town. Yet that act of solidarity did not close the widening internal divisions that threaten to destabilize the community from within. Ironically, after 500 years of resistance to physical and spiritual conquest, many Atitecos now seem eager to abandon traditional Mayan culture.

In this compelling ethnography, Robert S. Carlsen explores the issue of cultural continuity and change as it has unfolded in this representative Mayan community. Drawing on documentary evidence, he argues that local Mayan culture survived the Spanish Conquest remarkably intact and continues to play a defining role in the religious and social life of the community. At the same time, however, he shows how the twentieth-century consolidation of the Guatemalan state has steadily eroded the capacity of Mayan communities to adapt to change and has caused some local factions to reject--even demonize--their own culture.

This book reflects fifteen years of field research in Atitlan, where Carlsen learned Tz'utujil, was accepted into a local cofradia (Mayan/Catholic religious society), and was a first-hand witness to la violencia. It thus presents a rare insider's perspective.