Time, History, and Belief in Aztec and Colonial Mexico 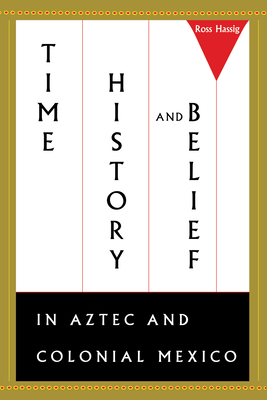 Time, History, and Belief in Aztec and Colonial Mexico

Based on their enormously complex calendars that recorded cycles of many kinds, the Aztecs and other ancient Mesoamerican civilizations are generally believed to have had a cyclical, rather than linear, conception of time and history. This boldly revisionist book challenges that understanding. Ross Hassig offers convincing evidence that for the Aztecs time was predominantly linear, that it was manipulated by the state as a means of controlling a dispersed tribute empire, and that the Conquest cut off state control and severed the unity of the calendar, leaving only the lesser cycles. From these, he asserts, we have inadequately reconstructed the pre-Columbian calendar and so misunderstood the Aztec conception of time and history. Hassig first presents the traditional explanation of the Aztec calendrical system and its ideological functions and then marshals contrary evidence to argue that the Aztec elite deliberately used calendars and timekeeping to achieve practical political ends. He further traces how the Conquest played out in the temporal realm as Spanish conceptions of time partially displaced the Aztec ones. His findings promise to revolutionize our understanding of how the Aztecs and other Mesoamerican societies conceived of time and history.