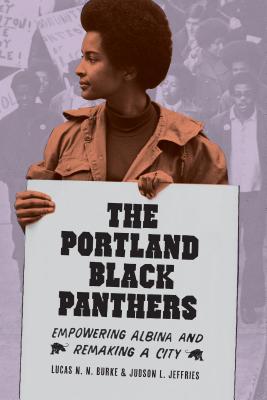 Portland, Oregon, though widely regarded as a liberal bastion, also has struggled historically with ethnic diversity; indeed, the 2010 census found it to be "America's whitest major city." In early recognition of such disparate realities, a group of African American activists in the 1960s formed a local branch of the Black Panther Party in the city's Albina District to rally their community and be heard by city leaders. And as Lucas Burke and Judson Jeffries reveal, the Portland branch was quite different from the more famous--and infamous--Oakland headquarters. Instead of parading through the streets wearing black berets and ammunition belts, Portland's Panthers were more concerned with opening a health clinic and starting free breakfast programs for neighborhood kids. Though the group had been squeezed out of local politics by the early 1980s, its legacy lives on through the various activist groups in Portland that are still fighting many of the same battles.

Combining histories of the city and its African American community with interviews with former Portland Panthers and other key players, this long-overdue account adds complexity to our understanding of the protracted civil rights movement throughout the Pacific Northwest.

Lucas N. N. Burke is a doctoral student in history at the University of Oregon. Judson L. Jeffries is professor of African American and African studies at the Ohio State University. He is the author of Huey P. Newton: The Radical Theorist and editor of On the Ground: The Black Panther Party in Communities across America.