The Mexico City Reader (THE AMERICAS) 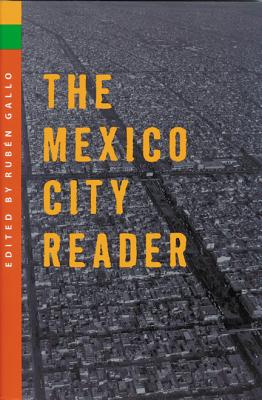 The Mexico City Reader (THE AMERICAS)

Editor  Ruben Gallo
Hardcover
$ 65.00
Out of Stock In Store (Available to Order)

Mexico City is one of Latin America’s cultural capitals, and one of the most vibrant urban spaces in the world. The Mexico City Reader is an anthology of "Cronicas"—short, hybrid texts that are part literary essay, part urban reportage—about life in the capital. This is not the "City of Palaces" of yesteryear, but the vibrant, chaotic, anarchic urban space of the1980s and 1990s—the city of garbage mafias, necrophiliac artists, and kitschy millionaires.
Like the visitor wandering through the city streets, the reader will be constantly surprised by the visions encountered in this mosaic of writings—a textual space brimming with life and crowded with flâneurs, flirtatious students, Indian dancers,
food vendors, fortune tellers, political activists, and peasant protesters.
The essays included in this anthology were written by a panoply of writers, from well-known authors like Carlos Monsiváis and Jorge Ibagüengoitia to younger figures like Fabrizio Mejía Madrid and Juieta García González, all of whom are experienced practitioners of the city. The texts collected in this anthology are among the most striking examples of this concomitant "theory and practice" of Mexico City, that most delirious of megalopolises.

Rubén Gallo is Assistant Professor of Latin American Literature in the Department of Spanish and Portuguese Languages and Cultures at Princeton University.