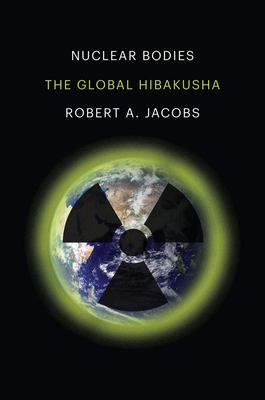 In the fall of 1961, President Kennedy somberly warned Americans about deadly radioactive fallout clouds extending hundreds of miles from H-bomb detonations, yet he approved ninety-six US nuclear weapon tests for 1962. Cold War nuclear testing, production, and disasters like Chernobyl and Fukushima have exposed millions to dangerous radioactive particles; these are the global hibakusha. Many communities continue to be plagued with dire legacies and ongoing risks: sickness and early mortality, forced displacement, uncertainty and anxiety, dislocation from ancestors and traditional lifestyles, and contamination of food sources and ecosystems. Robert Jacobs re-envisions the history of the Cold War as a slow nuclear war, fought on remote battlegrounds against populations powerless to prevent the contamination of their lands and bodies. His comprehensive account necessitates a profound rethinking of the meaning, costs, and legacies of our embrace of nuclear weapons and technologies.

Robert Jacobs is a professor at the Hiroshima Peace Institute of Hiroshima City University. He is the co-founder of the Global Hibakusha Project, conducting field research on radiation-affected communities in more than twenty countries.