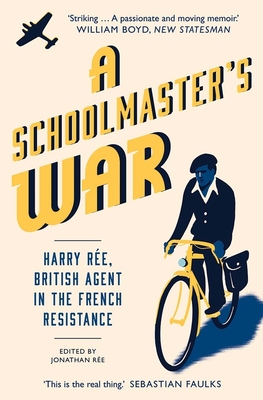 By  Jonathan Ree
Paperback
$ 16.00
Pre-Order (Not Yet Published)

The wartime adventures of the legendary SOE agent Harry Rée, told in his own words

A school teacher at the start of the war, Harry Rée renounced his former pacifism with the fall of France in 1940. He was deployed into a secret branch of the British army and parachuted into central France in April 1943.

Harry showed a particular talent for winning the confidence of local resisters, and guided them in a series of dramatic sabotage operations, before getting into a hand-to-hand fight with an armed German officer, from which he was lucky to escape.

This might seem like a romantic story of heroism and derring-do, but Harry Rée's own war writings, superbly edited and contextualized by his son, the philosopher Jonathan Rée, are far more nuanced, shot through with doubts, regrets, and grief.

Harry Rée, DSO, OBE, was a British school teacher and educator and a wartime member of the Special Operations Executive. His son Jonathan Rée is a freelance historian and philosopher. His books include Philosophical Tales, I See a Voice, and Witcraft.