White Eskimo: Knud Rasmussen's Fearless Journey into the Heart of the Arctic (A Merloyd Lawrence Book) 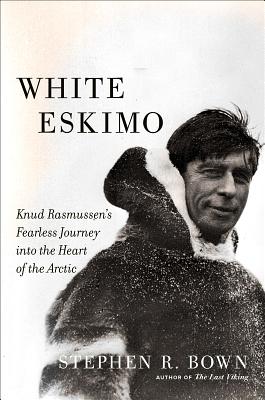 White Eskimo: Knud Rasmussen's Fearless Journey into the Heart of the Arctic (A Merloyd Lawrence Book)

Among the explorers made famous for revealing hitherto impenetrable cultures-T. E. Lawrence and Wilfred Thesiger in the Middle East, Richard Burton in Africa-Knud Rasmussen stands out not only for his physical bravery but also for the beauty of his writing. Part Danish, part Inuit, Rasmussen made a courageous three-year journey by dog sled from Greenland to Alaska to reveal the common origins of all circumpolar peoples. Lovers of Arctic adventure, exotic cultures, and timeless legend will relish this gripping tale by Stephen R. Bown, known as "Canada's Simon Winchester."

Stephen R. Bown is author of The Last Viking: The Life of Roald Amundsen and White Eskimo: Knud Rasmussen's Fearless Journey into the Heart of the Arctic, which won the Williams Mills Award for the best book on the Arctic in 2016. His award-winning books, including Scurvy and Madness, Betrayal, and the Lash, have led to a reputation as "Canada's Simon Winchester."