The Pianist: The Extraordinary True Story of One Man's Survival in Warsaw, 1939-1945 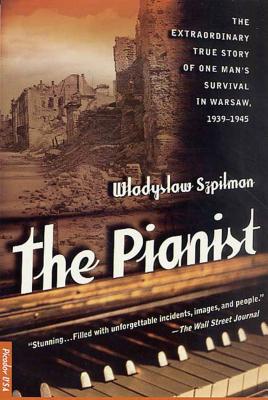 The Pianist: The Extraordinary True Story of One Man's Survival in Warsaw, 1939-1945

On September 23, 1939, Wladyslaw Szpilman played Chopin's Nocturne in C-sharp minor live on the radio as shells exploded outside—so loudly that he couldn't hear his piano. It was the last live music broadcast from Warsaw: That day, a German bomb hit the station, and Polish Radio went off the air.

Though he lost his entire family, Szpilman survived in hiding. In the end, his life was saved by a German officer who heard him play the same Chopin Nocturne on a piano found among the rubble. Written immediately after the war and suppressed for decades, The Pianist is a stunning testament to human endurance and the redemptive power of fellow feeling.

Wladyslaw Szpilman was born in 1911. He studied the piano at the Warsaw Conservatory and at the Academy of Arts in Berlin. From 1945 to 1963, he was Director of Music at Polish Radio, and he also pursued a career as a concert pianist and composer for many years. He died in Warsaw in 2000. The film version of his memoir, The Pianist, was the winner of the Palme d'Or at the 2002 Cannes Film Festival.