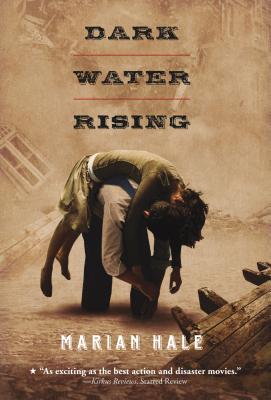 By  Marian Hale
Paperback
$ 7.99
Out of Stock In Store

I looked and saw water rushing in from Galveston Bay on one side and from the gulf on the other. The two seas met in the middle of Broadway, swirling over the wooden paving blocks, and I couldn't help but shudder at the sight. All of Galveston appeared to be under water.

Galveston, Texas, may be the booming city of the brand-new twentieth century, but to Seth, it is the end of a dream. He longs to be a carpenter like his father, but his family has moved to Galveston so he can go to a good school. Still, the last few weeks of summer might not be so bad. Seth has a real job as a builder and the beach is within walking distance. Things seem to be looking up, until a storm warning is raised one sweltering afternoon. No one could have imagined anything like this. Giant walls of water crash in from the sea. Shingles and bricks are deadly missiles flying through the air. People not hit by flying debris are swept away by rushing water. Forget the future, Seth and his family will be lucky to survive the next twenty-four hours.

Dark Water Rising is a 2007 Bank Street - Best Children's Book of the Year.

Marian Hale is the author of acclaimed historical novels for young adults--The Truth About Sparrows, Dark Water Rising, and The Goodbye Season. She lives with her husband, daughter, and grandbabies on the Texas Coast.