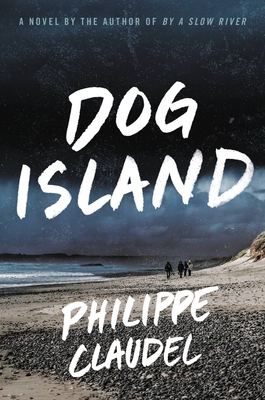 By  Philippe Claudel , Translated by  Euan Cameron
Hardcover
$ 27.00
On Our Shelves Now

When three bodies wash up on the beach of a remote island, the locals must decide whether they should uncover the truth or let the mystery die with the victims.

Nestled in an overlooked part of the Mediterranean, Dog Island is home to a quiet and untouched community that has long lived off its fishing, its vines, and its olive trees, far away from the turmoil its neighbors. But when the bodies of three unidentified men wash up on the beach, the witnesses are faced with an impossible decision: report the discovery and open up the island to grisly inquiries, or conceal the terrible truth?

Resolving to preserve their way of life, the mayor and a small group of conspirators resolve on a cover-up. But after they dispose of the evidence, their act of deception continues to haunt them, bringing waves of suspicion and misfortune to the island. A detective arrives from the mainland, making their secret even harder to keep and threatening to destroy the very community they tried so hard to protect.

With the blend of suspense, keep observation, and wit that has made Philippe Claudel’s books international bestsellers, Dog Island challenges our deepest assumptions about ourselves and offers a fierce and tragic fable for our times.

Philippe Claude is an award-winning novelist, film director, and screenwriter. He has written fourteen novels that have been translated into more than thirty languages. His film Loved You So Long won a BAFTA Award and was nominated for two Golden Globes. His novel, Grey Souls, won the Prix Renaudot in France, the American Gumshoe Award, and the Swedish Martin Beck Award.