How To Be A Complete and Utter Blunt: Diary of a Reluctant Social Media Sensation 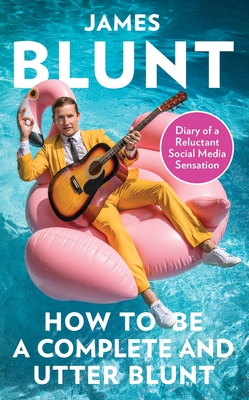 How To Be A Complete and Utter Blunt: Diary of a Reluctant Social Media Sensation

'Opinions are like arseholes - everybody has one'
James Blunt, 6 December 2014


Once upon a time, James Blunt's most enduring legacy was a three-minute, thirty-second pop song about a girl he saw on the underground, and a nation's worth of abuse. But with the invention of Twitter, James found his real voice, and with it, the chance to reply with a simple 'up yours'. Now the King of Twitter has ascended to the heady heights of occasionally 'winning the internet'.

Selected and introduced by James himself, this is a year in the life of the world's most reluctant social media sensation. Now learn for yourself how to be a complete and utter Blunt . . .

James Blunt is an English singer-songwriter, record producer and former British Army officer. His 2004 debut album Back to Bedlam, featuring the hit single 'You're Beautiful'. The album has sold over 11 million copies worldwide, was the best-selling album of the 2000s in the UK, and is one of the best-selling albums in UK chart history. Blunt is the recipient of two Brit Awards and five Grammy Award nominations.