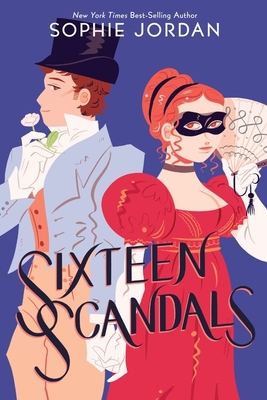 In this irreverent regency romp by New York Times best-selling author Sophie Jordan, newly minted sixteen-year-old Primrose Ainsworth finds herself on a wayward birthday adventure through London with a mysterious hero—perfect for fans of My Lady Jane.


The youngest of four daughters, Primrose Ainsworth is used to getting lost in the shuffle. But when her parents decide to delay her debut into English society, Prim hatches a plan to go rogue on the night of her sixteenth birthday.

Donning a mask, Prim escapes to the infamous Vauxhall Gardens for one wild night. When her cover is nearly blown, a mysterious stranger intercedes, and Prim finds an unexpected partner in mischief . . . and romance. But when it’s revealed her new ally isn’t who he says he is, her one night of fun may last past dawn.

In this frothy regency romp perfect for fans of Austen-esque flirtation and Shakespearean hijinks, sometimes a little scandal can be a good thing.

Sophie Jordan grew up in the Texas hill country where she wove fantasies of dragons, warriors, and princesses. A former high school English teacher, she’s a New York Times, USA Today, and international best-selling author of over thirty novels, including The Me I Meant to Be and Kissing Lessons. She now lives in Houston with her family. When she’s not writing, she spends her time overloading on caffeine (lattes preferred), talking plotlines with anyone who will listen (including her kids), and cramming her DVR with true-crime and reality TV shows.
sophiejordan.net
Twitter: @SoVerySophie
Instagram: @sosophiejordan