The Most Dazzling Girl in Berlin 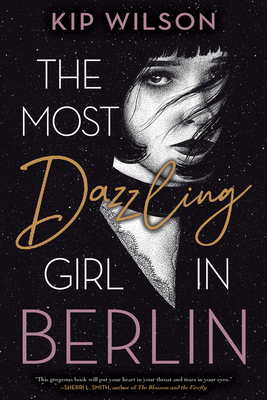 The Most Dazzling Girl in Berlin

A fascinating historical novel about Hilde, an orphan who experiences Berlin on the cusp of World War II as she discovers her own voice and sexuality, ultimately finding a family when she gets a job at a gay cabaret, by award-winning author Kip Wilson.

On her eighteenth birthday, Hilde leaves her orphanage in 1930s Berlin, and heads out into the world to discover her place in it. But finding a job is hard, at least until she stumbles into Café Lila, a vibrant cabaret full of expressive customers. Rosa, one of the club’s waitresses and performers, immediately takes Hilde under her wing. As the café denizens slowly embrace Hilde, and she embraces them in turn, she discovers her voice and her own blossoming feelings for Rosa.

But Berlin is in turmoil. Between the elections, protests in the streets, worsening antisemitism and anti-homosexual sentiment, and the beginning seeds of unrest in Café Lila itself, Hilde will have to decide what’s best for her future . . . and what it means to love a place on the cusp of war.

Kip Wilson is the author of White Rose, which won the Malka Penn Award for Human Rights in Children’s Literature, and the Poetry Editor of the Young Adult Review Network. She has a Ph.D. in German Literature. She is also the winner of the PEN/New England Susan P. Bloom Discovery Award and her work has appeared in several children's literary magazines. She lives in Boston, MA. Find her online at www.kipwilsonwrites.com, on Twitter @kiperoo, and on Instagram @kipwilsonwrites.