Miss Dior: A Story of Courage and Couture 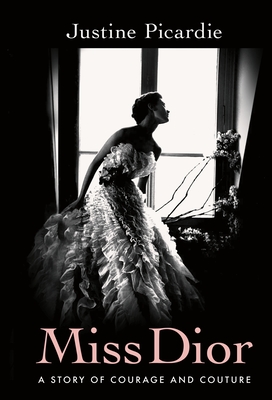 Miss Dior: A Story of Courage and Couture

By  Justine Picardie
Hardcover
$ 40.00
Likely On Our Shelves

The overdue restoration of Catherine Dior's extraordinary life, from her brother's muse to Holocaust survivor

When the French designer Christian Dior presented his first collection in Paris in 1947, he changed fashion forever. Dior’s “New Look” created a striking, romantic vision of femininity, luxury, and grace, making him—and his last name—famous overnight. One woman informed Dior’s vision more than any other: his sister, Catherine, a Resistance fighter, concentration camp survivor, and cultivator of rose gardens who inspired Dior’s most beloved fragrance, Miss Dior. Yet the story of Catherine’s remarkable life—so different from her famous brother’s—has never been told, until now.

Drawing on the Dior archives and extensive research, Justine Picardie’s Miss Dior is the long-overdue restoration of Catherine Dior’s life. The siblings’ stories are profoundly intertwined: in Occupied France, as Christian honed his couture skills, Catherine dedicated herself to the Resistance, ultimately being captured by the Gestapo and sent to Ravensbruck, the only Nazi camp solely for women. Seeking to trace Catherine’s story as well as her influence on her brother, Picardie traveled to the significant places of Catherine’s life, including Les Rhumbs, the Dior family villa with its magnificent gardens; the House of Dior in Paris; and La Colle Noire, Christian’s chateâu that he bequeathed to his sister.

Inventive and captivating, and shaped by Picardie’s own journey, Miss Dior examines the legacy of Christian Dior, the secrets of postwar France, and the unbreakable bond between two remarkable siblings. Most important, it shines overdue recognition on a previously overlooked life, one that epitomized courage and also embodied the astonishing capacity of the human spirit to remain undimmed, even in the darkest circumstances.

Justine Picardie is the author of several books, including her critically acclaimed memoir, If the Spirit Moves You: Life and Love After Death, and the international bestseller, Coco Chanel: The Legend and the Life. She is a contributing editor to the UK edition of Harper’s Bazaar, having previously been its editor-in-chief. She was formerly an investigative journalist for the Sunday Times, a columnist for the Telegraph, editor of the Observer Magazine, and features director of Vogue.