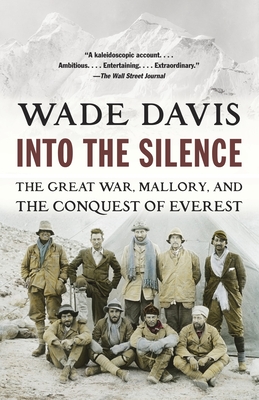 By  Wade Davis
Paperback
$ 20.00
Out of Stock In Store (Available to Order)

The definitive story of the British adventurers who survived the trenches of World War I and went on to risk their lives climbing Mount Everest.

On June 6, 1924, two men set out from a camp perched at 23,000 feet on an ice ledge just below the lip of Everest’s North Col. George Mallory, thirty-seven, was Britain’s finest climber. Sandy Irvine was a twenty-two-year-old Oxford scholar with little previous mountaineering experience. Neither of them returned.

Drawing on more than a decade of prodigious research, bestselling author and explorer Wade Davis vividly re-creates the heroic efforts of Mallory and his fellow climbers, setting their significant achievements in sweeping historical context: from Britain’s nineteen-century imperial ambitions to the war that shaped Mallory’s generation. Theirs was a country broken, and the Everest expeditions emerged as a powerful symbol of national redemption and hope. In Davis’s rich exploration, he creates a timeless portrait of these remarkable men and their extraordinary times.

Wade Davis is the bestselling author of fifteen books, including Into the Silence, The Serpent and the Rainbow, and One River, and is an award-winning anthropologist, ethnographer, writer, photographer, and filmmaker. He currently holds the post of National Geographic Explorer-in-Residence and has been named by the National Geographic Society as one of the Explorers for the Millennium. His work has taken him to East Africa, Borneo, Nepal, Peru, and all over the world, but he spends most of his time between Washington, D.C., and northern British Columbia.