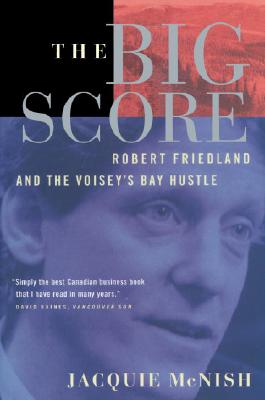 From the windswept Labrador coast, where the massive nickel deposit was discovered, to the boardrooms of Singapore, Toronto, and Vancouver where the giant poker game for Diamond Fields was played out, the story behind Voisey's Bay has enormous economic significance for Canada and international financial markets.

One of the most intriguing elements was the takeover battle for Diamond Fields that pitted the conservative management team at the world's largest nickel company, Inco Ltd., against free-wheeling stock promoter Robert Friedland.

Jacquie McNish is the recipient of several national newspaper and magazine awards, including Canada's National Newspaper Award in 1993 for her series on the fall of the Reichmanns' Olympia & York empire. She has worked as a financial reporter for the Wall Street Journal and most recently for The Globe and Mail, where she is currently a business writer based in Toronto.