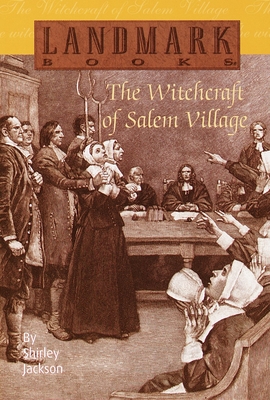 Stories of magic, superstition, and witchcraft were strictly forbidden in the little town of Salem Village. But a group of young girls ignored those rules, spellbound by the tales told by a woman named Tituba.  When questioned about their activities, the terrified girls set off a whirlwind of controversy as they accused townsperson after townsperson of being witches. Author Shirley Jackson examines in careful detail this horrifying true story of accusations, trials, and executions that shook a community to its foundations.

Shirley Jackson was born in San Francisco on December 14, 1916. She first received wide critical acclaim for “The Lottery,” which was published in The New Yorker in 1948 and went on to become one of the most anthologized stories in American literature. She is the author of six novels, including The Haunting of Hill House and We Have Always Lived in the Castle; four collections of short stories and essays, including Just an Ordinary Day; and two family memoirs, Life Among the Savages and Raising Demons. For many years she lived in North Bennington, Vermont, with her husband, the renowned literary critic Stanley Edgar Hyman, and their four children. She died on August 8, 1965.