Who Is Neil deGrasse Tyson? (Who Was?) 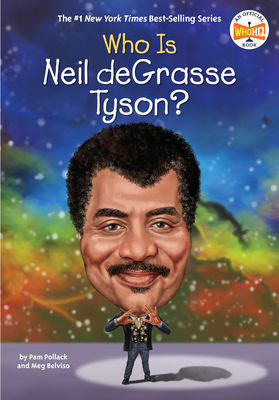 Who Is Neil deGrasse Tyson? (Who Was?)

By  Pam Pollack , Meg Belviso , Who HQ , Illustrated By  Manuel Gutierrez
Paperback
$ 6.99
Likely On Our Shelves

Discover how Neil deGrasse Tyson became one of the world’s most successful and well-known scientists in this new addition to the #1 New York Times bestselling series.

When he was nine years old, Neil deGrasse Tyson went on a trip that would change his life. While visiting the Hayden Planetarium at the Museum of Natural History in New York City, he discovered the world of astronomy and felt like the universe was calling to him. He answered that call by diving deep into astronomy courses. After graduating from the Bronx High School of Science, he went on to earn a doctorate in astrophysics and eventually found his way back to the Hayden Planetarium as a staff scientist and, later, as its director.

Neil has not only found an exciting way to share his love and knowledge of space through his documentaries and podcasts, he’s also broken barriers for Black scientists and become one of the most famous astrophysicists ever. He is a published author, television host, and winner of the prestigious Public Welfare Medal for the role he has played in exciting the public about the wonders of science.

Pam Pollack and Meg Belviso are authors of several books in this series, including Who Is George Lucas?, Who Was Alfred Hitchcock?, Who Was Alexander Hamilton?, and Who Was Celia Cruz?