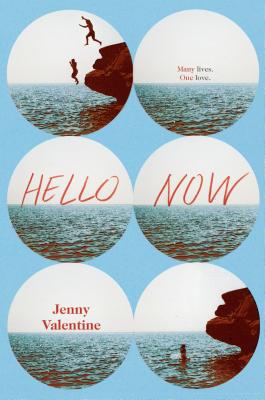 From Carnegie Medal finalist Jenny Valentine comes a bold new story about the boundlessness of love and second chances, perfect for fans of David Levithan's Every Day.

Jude doesn't believe in love, or magic. Life is little more than ordinary. That is, until Jude's mother loses her job and moves them to a little town by the sea to live with Henry Lake--an eccentric old man with rooms to rent. Henry is odd, the town is dull, and worst of all, Jude feels out of place and alone.

So when Novo turns up in the house across the street, dressed all in black and looking unbearably handsome, Jude's summer takes an immediate turn for the better. But Novo isn't all that he seems to be--or maybe he's more than Jude can possibly understand. Novo is pure magic--someone who can bend and stretch the bounds of time. Someone who wakes up in different places and at different points in history with utter regularity. He knows that each Now is fleeting, that each moment is only worth the energy it expends on itself, and that each experience he has will be lost to him before long.

But Jude and Novo form a bond that shifts reality for both of them. Jude begins to question what forever really means--only to find out that Novo knows that forever isn't real. And when things go horribly wrong, Jude and Novo are faced with an impossible question that may change both of their lives irreparably--what is worth sacrificing for love?

A stunningly written, compelling exploration of the universality of love--and what it means to live in the moment--that quite literally defies both logic and time. A love story without borders that reflects the best of our modern world.

* "Babbitt's Tuck Everlasting revisioned as a passionate YA love story, this is an exquisitely told romantic fantasy, golden yet lacerating." --BCCB, STARRED REVIEW

Jenny Valentine is an award-winning writer for Young Adults. Her debut novel, Me, the Missing, and the Dead, was a Morris Award finalist in America and won the Guardian Children's Fiction Prize in the United Kingdom under the title Finding Violet Park. Fire Color One, Jenny's follow-up, was a finalist for the prestigious Carnegie Medal. She is also the author of the novel Broken Soup and Iggy and Me, a series for younger children, and served as the Hay Festival International Fellow in 2017. Jenny's work has been published in 19 countries, and she works to empower and give a voice to young people. She lives all over the place and has two daughters.