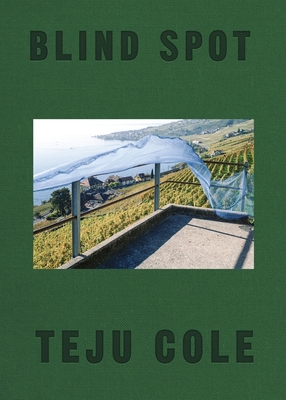 In this innovative synthesis of words and images, the award-winning author of Open City and photography critic for The New York Times Magazine combines two of his great passions.

When it comes to Teju Cole, the unexpected is not unfamiliar: He’s an acclaimed novelist, an influential essayist, and an internationally exhibited photographer. In Blind Spot, readers follow Cole’s inimitable artistic vision into the visual realm as he continues to refine the voice, eye, and intellectual obsessions that earned him such acclaim for Open City.

Here, journey through more than 150 of Cole’s full-color original photos, each accompanied by his lyrical and evocative prose, forming a multimedia diary of years of near-constant travel: from a park in Berlin to a mountain range in Switzerland, a church exterior in Lagos to a parking lot in Brooklyn; landscapes and interiors, beautiful or quotidian, that inspire Cole’s memories, fantasies, and introspections. Ships in Capri remind him of the work of writers from Homer to Edna O’Brien; a hotel room in Wannsee brings back a disturbing dream about a friend’s death; a home in Tivoli evokes a transformative period of semi-blindness, after which “the photography changed. . . . The looking changed.”

As exquisitely wrought as the work of Anne Carson or Chris Marker, Blind Spot is a testament to the art of seeing by one of the most powerful and original voices in contemporary literature.

“Common things [are] made radiant by the quality of Cole’s looking. . . . In this new, luminous book, Cole shows himself to be really one of the best at seeing.”—The Guardian

“Stunning . . . feels like the fulfillment of an intellectual project that has defined most of [Cole’s] career.”—Slate

“An eclectically brilliant distillation of what photography can do, and why it remains an important art form.”—San Francisco Chronicle

Teju Cole is the photography critic for The New York Times Magazine. His work has been exhibited in India, Iceland, and the United States, and was the subject of a solo exhibition in Italy in 2016. He is the author of the essay collection, Known and Strange Things, as well as the novels Every Day Is for the Thief and Open City, the latter of which won the PEN/Hemingway Award, the Internationaler Literaturpreis, the Rosenthal Family Foundation Award for Fiction from the American Academy of Arts and Letters, and the New York City Book Award, and was nominated for the National Book Critics Circle Award. His photography column at The New York Times Magazine was a finalist for a 2016 National Magazine Award, and he is the winner of the 2016 Focus Award for excellence in photographic writing.