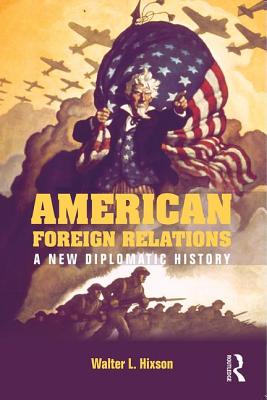 American Foreign Relations: A New Diplomatic History is a compelling narrative history of American foreign policy from the early settlement of North America to the present. In addition to economic and strategic motives, Walter L. Hixson integrates key cultural factors--including race, gender, and religion--into the story of American foreign policy. He demonstrates how these factors played a vital role in shaping the actions of the United States in world affairs. Beginning with the history of warfare and diplomacy between indigenous peoples and Europeans before the establishment of the United States, this book shows the formative influence of settler colonialism on the country's later foreign policy and the growth of American empire.

Extensive illustrations, with over 100 images and maps Primary documents in each chapter, showcasing the perspectives of historical actors Interpreting the Past features that explore how historians' understanding of events has changed over time Selected bibliographies of key resources for further research in each chapter

In one concise volume, American Foreign Relations covers the full sweep of American foreign policy from the colonial period to the present day. It is an essential introduction for anyone seeking to understand the history of America's role in the world.

Walter L. Hixon is Distinguished Professor of History at the University of Akron.