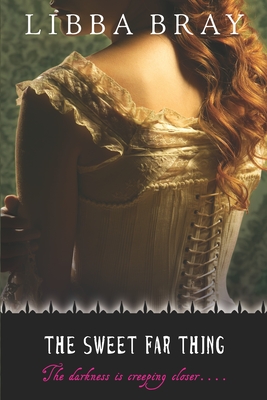 The gripping conclusion to the critically acclaimed New York Times, USA Today, and Publishers Weekly bestselling Gemma Doyle trilogy, an exhilarating and haunting saga from the author of The Diviners series and Going Bovine.

It has been a year of change since Gemma Doyle arrived at the foreboding Spence Academy. Her mother murdered, her father alaudanum addict, Gemma has relied on an unsuspected strength and has discovered an ability to travel to an enchanted world called the realms, where dark magic runs wild. Despite certain peril, Gemma has bound the magic to herself and forged unlikely new alliances. Now, as Gemma approaches her London debut, the time has come to test these bonds.

The Order—the mysterious group her mother was once part of—is grappling for control of the realms, as is the Rakshana. Spence's burned East Wing is being rebuilt, but why now? Gemma and her friends see Pippa, but she is not the same. And their friendship faces its gravest trial as Gemma must decide once and for all what role she is meant for.

Libba Bray is the New York Times bestselling author of the Gemma Doyle trilogy (A Great and Terrible Beauty, Rebel Angels, and The Sweet Far Thing); the Michael L. Printz Award-winning Going Bovine; Beauty Queens, an L.A. Times Book Prize finalist; and The Diviners series. She is originally from Texas but makes her home in Brooklyn, New York, with her husband, son, and two sociopathic cats. Visit her at www.libbabray.com and at @libbabray on Twitter and Instagram.