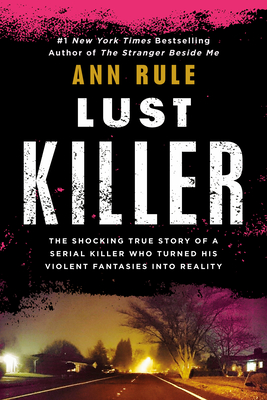 From #1 New York Times bestselling author of The Stranger Beside Me comes the terrifying true crime story of a serial killer hiding in plain sight.

To his neighbors, Jerry Brudos was a gentle, quiet man whose mild manner sharply contrasted with his awesome physical strength. To his employers, Jerry was an expert electrician, the kind of skilled worker you just don't find anymore. To his wife, Darcie, Jerry was a good husband, and a loving father to their children, despite his increasingly sexual demands on her, and his violent insistence that she never venture into his garage workroom and the giant food freezer there.

To the Oregon police, Jerry Brudos was the most hideously twisted killer they had ever unmasked. And they brought to light what he had done to four young women—and perhaps many more—in the nightmare darkness of his sexual hunger and rage. First, Jerry Brudos was brought to trial...and then, in a shattering aftermath, his wife was accused as well...

Ann Rule wrote thirty-five New York Times bestsellers. Her first bestseller was The Stranger Beside Me, about her personal relationship with infamous serial killer Ted Bundy. A former Seattle police officer, she used her firsthand expertise in all her books. For more than three decades, she was a powerful advocate for victims of violent crime. She lived near Seattle and passed away in 2015.