Feeding the Hungry Heart: The Experience of Compulsive Eating 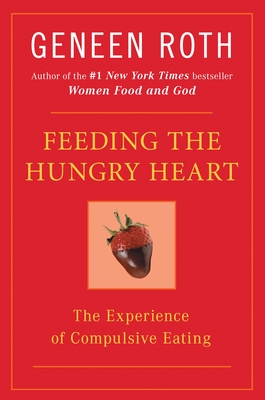 Feeding the Hungry Heart: The Experience of Compulsive Eating

This is how Geneen Roth remembers her time as an emotional overeater and self-starver. After years of struggle, Roth finally broke free from the destructive cycle of bingeing and purging. In the two decades since her triumph, she has gone on to help tens of thousands of others do the same through her lectures, workshops, and retreats. Those she has met during this time have shared stories that are both heartrending and inspiring, which Roth has gathered for this unique book.

Twenty years after its original publication, Feeding the Hungry Heart continues to inspire women and men, helping them win the battle against a hunger that goes deeper than a need for food.

Geneen Roth is a writer and a teacher who has gained international prominence through her work in the field of eating disorders. She is the founder of the Breaking Free workshops, which she has conducted nationwide since 1979. She is also the author of Feeding the Hungry Heart, Breaking Free from Compulsive Eating, and When Food is Love. A frequent guest on television and radio programs, she has written for and been featured in Tie, Ms., New Woman, Family Circle, and Cosmopolitan. Her poetry and short stories have been published in numerous anthologies. Born in New York City, she now lives in northern California.