Flying High: How Jetblue Founder and CEO David Neeleman Beats the Competition... Even in the World's Most Turbulent Industry 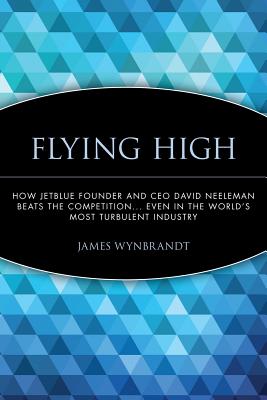 Flying High: How Jetblue Founder and CEO David Neeleman Beats the Competition... Even in the World's Most Turbulent Industry

Flying High traces the incredible career of the founder and chairman of JetBlue, David Neeleman, from his teenage ventures and beginnings in the travel industry., to his short stint at Southwest Airlines and the ultimate launch of JetBlue. In a series of interviews with Neeleman's friends, associates, and high-ranking officials in both business and aviation, this books tells the store of Neeleman and explores the rules of success he both lives and builds his companies by.

James Wynbrandt is a New York-based author and award-winning aviation and business reporter. He is a regular contributor to numerous high-profile aviation publications, including Smithsonian Air and Space, Plane & Pilot, General Aviation News, Southern Aviator, and Pilot Journal. A licensed pilot, Wynbrandt has been following JetBlue since the company's founding. His articles on business and aviation have also appeared in the New York Times, Management Review, Computer and Electronics Marketing, Flying, and Aspen Magazine, among others.