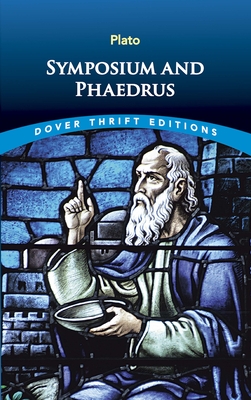 By  Plato
Paperback
$ 4.00
Likely On Our Shelves

Among the most influential thinkers in Western history, Plato presented his thought in a series of dramatic dialogues in which different speakers present various aspects of a philosophical problem. This volume contains two of the most interesting and important of these dialogues.
The philosophic goal of the Symposium is to find the ultimate manifestation of the love that controls the world, leading to mystic union with eternal and supercosmic beauty. Phaedrus discusses the psychology of love, resulting in the concept of the familiar Platonic forms as objects of transcendental emotion. In this inexpensive edition of the renowned Jowett translation, they will be welcomed by anyone interested in Greek thought or the philosophy of Plato.