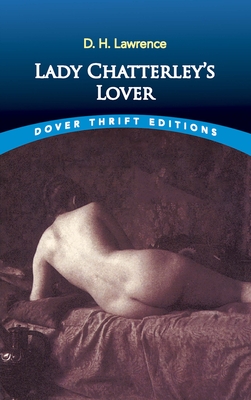 One of the major works of fiction written during the twentieth century, D. H. Lawrence's last novel is an erotic celebration of life. Described by The New York Times as our time's most significant romance, the controversial book was banned, burned, and the subject of a landmark obscenity trial. Printed privately in Florence in 1928, it was not published in Great Britain until 1960, after having long scandalized society with its sexually explicit descriptions of lovemaking, its bold use of four-letter words that were considered vulgar, and a storyline in which the lovers were of different social stations.
Lawrence's classic tale of love and discovery pits the paralyzed and callous Clifford Chatterley against two major characters: Constance, his wife -- a lonely, indecisive woman trapped in a sterile marriage -- and her persuasive lover, Oliver Mellors, the robust and blunt-spoken gamekeeper of her husband's estate. The lyrical tale of their passionate, adulterous love affair has transported generations of readers into a world filled with natural beauty and seething with human emotion. A masterfully written opus, this extraordinary love story is essential reading for any study of twentieth-century literature.