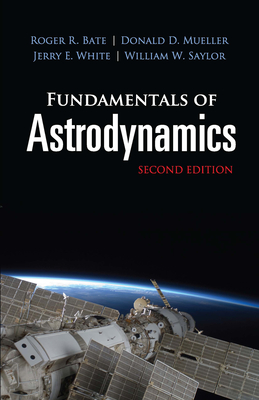 Developed at the U.S. Air Force Academy, this teaching text is widely known and used throughout the astrodynamics and aerospace engineering communities. Completely revised and updated, this second edition takes into account new developments of the past four decades, especially regarding information technology.
Central emphasis is placed on the use of the universal variable formulation, although classical methods are also discussed. The development of the basic two-body and n-body equations of motion serves as a foundation for all that follows. Subsequent topics include orbit determination and the classical orbital elements, coordinate transformations, and differential correction. The Kepler and Gauss problems are treated in detail, and two-body mechanics are applied to the ballistic missile problem. Perturbations, integration schemes and error, and analytic formulations of several common perturbations are introduced. Example problems and exercises appear throughout the text, along with photographs, diagrams, and drawings. Four helpful appendixes conclude the book.

All of the authors are present or former members of the faculty of the Department of Astronautics at the U.S. Air Force Academy. Jerry E. White is still active, and William W. Saylor is the new team member. 12/7/2020: Pete L. emailed the new, revised file from Bill Saylor for the 5th print run. SR sent this to Marie on 12/7/20.