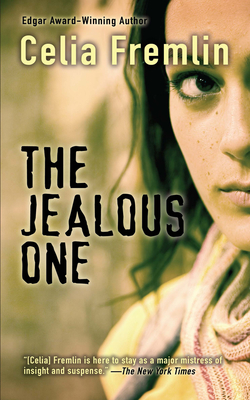 Rosamund and Geoffrey's new neighbor, Lindy, is smart, good-looking, friendly, and delightful in every way. The problem is Geoffrey's a little too delighted with her, and his wife is not happy about it. While Rosamund is in a feverish state from a bout of the flu, she dreams of murdering Lindy -- and upon waking is horrified to discover that she has inexplicably disappeared. What could possibly have happened? Was it more than just a terrible nightmare?
A tense situation, ultimately resolved by a beautifully fitting plot twist, declared Anthony Boucher in The New York Times, adding, Even more memorable than the suspense story is the witty and acute comedy. Celia Fremlin is noted for injecting her fast-paced psychological thrillers with keen observations of domestic life in the London suburbs during the 1960s. Her other novels, also available from Dover Publications, include Uncle Paul, The Trouble Makers, and the Edgar Award-winning classic The Hours Before Dawn.

Celia Fremlin (1914-2009) read classics and philosophy at Oxford's Somerville College. Her WWII experiences with the Mass Observation Project influenced her first book, War Factory, which reflected the attitudes of plant workers at a Wiltshire-based radar equipment factory. Fremlin wrote 16 novels in the course of four decades, in addition to a book of poetry and three volumes of collected stories. Her novel The Hours Before Dawn won the Edgar Award in 1960.