The Arab Predicament: Arab Political Thought and Practice Since 1967 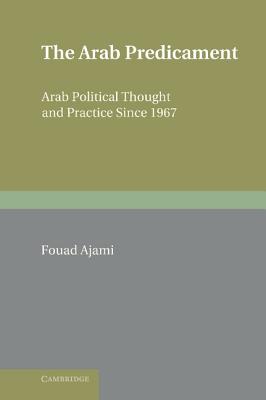 The Arab Predicament: Arab Political Thought and Practice Since 1967

How have Arab political ideas and institutions evolved since the 1967 War? How have the Arabs contended with the external influences to which their wealth has exposed them? What are the implications of the rise of Islamic fundamentalism? Fouad Ajami seeks to answer these and related questions in his illuminating study of the constraints and possibilities facing the Arab world today. The book is divided into three parts. The first documents the political and intellectual response to the defeat of 1967. The second part surveys the choices facing the Arab world as exemplified by the case of Egypt, held up as a mirror of the problems at issue in the whole region. The third part seeks to explain the resurgence of Islamic fundamentalism and locates its roots in the failures of the dominant political order, and the stalemate of secular political ideas. This revised edition of Ajami's acclaimed 1981 study has been updated in the light of recent turbulent events: the death of Sadat, the Iranian revolution, the Iran-Iraq War and the Gulf War.