Delusions of Intelligence: Enigma, Ultra, and the End of Secure Ciphers 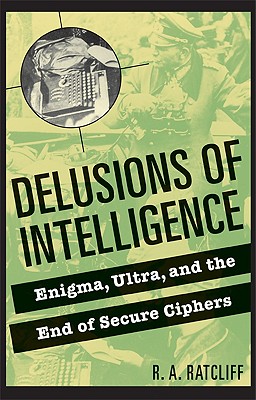 Delusions of Intelligence: Enigma, Ultra, and the End of Secure Ciphers

In 1974, the British government admitted that its WWII secret intelligence organization had read Germany's ciphers on a massive scale. The intelligence from these decrypts influenced the Atlantic, the Eastern Front and Normandy. Why did the Germans never realize the Allies had so thoroughly penetrated their communications? As German intelligence experts conducted numerous internal investigations that all certified their ciphers security, the Allies continued to break more ciphers and plugged their own communication leaks. How were the Allies able to so thoroughly exploit Germany's secret messages? How did they keep their tremendous success a secret? What flaws in Germany's organization allowed this counterintelligence failure and how can today's organizations learn to avoid similar disasters? This book, the first comparative study of WWII SIGINT (Signals Intelligence), analyzes the characteristics that allowed the Allies SIGINT success and that fostered the German blindness to Enigma's compromise.