The Murder on the Links (Hercule Poirot #2) 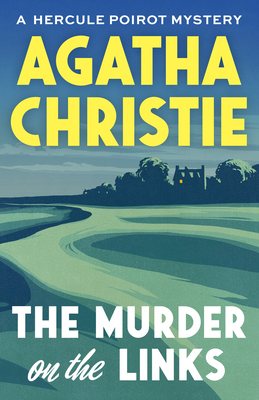 The Murder on the Links (Hercule Poirot #2)

By  Agatha Christie
Paperback
$ 11.00
Out of Stock In Store

Beloved detective Hercule Poirot made his second appearance in this tale of murder, blackmail, and forbidden love.

Hercule Poirot rushes to France in response to an urgent and cryptic plea from a client. But the Belgian detective arrives just too late: the man who had summoned him is found dead on a golf course, stabbed in the back with a letter opener and wearing an ill-fitting coat with a mysterious love letter in its pocket.

Strange circumstances multiply, culminating in the discovery of a second body stabbed with the same murder weapon. While the local authorities pursue the false leads suggested by the evidence, Poirot relies instead upon his famous "little grey cells" to cut through the confusion and untangle a story of blackmail, forbidden love, and a long-buried secret.

AGATHA CHRISTIE (1890-1976) was born in Devon, England. She wrote more than seventy books and 150 short stories, as well as works for stage and screen. Her novel And Then There Were None is considered the world's bestselling mystery novel, and her play The Mousetrap is the longest-running play in London theater history.