Inside The Dream Palace: The Life and Times of New York's Legendary Chelsea Hotel 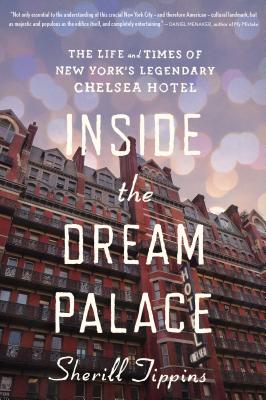 Inside The Dream Palace: The Life and Times of New York's Legendary Chelsea Hotel

Winner of the Marfield Prize, National Award for Arts Writing

“Tippins tells riveting stories about the Chelsea’s artists, but she also captures a much grander, and more pressing, narrative: that of the ongoing battle between art and capitalism in the city.” — The New Yorker

Since its founding by a utopian-minded French architect in 1884, New York’s Chelsea Hotel has been a hotbed of artistic invention and inspiration. Cultural luminaries from Bob Dylan to Sid Vicious, Thomas Wolfe to Andy Warhol, Dylan Thomas to Dee Dee Ramone — all made the Chelsea the largest and longest-lived artists’ community in the world. Inside the Dream Palace tells the hotel’s story, from its earliest days as a cooperative community, through its pop art, rock-and-roll, and punk periods, to its present transformation under new ownership. By exploring what it takes to maintain a creative community and how artists have enhanced and informed New York City life, Tippins, author of the acclaimed February House, delivers a lively and masterly history of the Chelsea and those who cohabitated there.

"Not only essential to the understanding of this crucial New York City — and therefore American — cultural landmark, but as majestic and populous as the edifice itself, and completely entertaining." — Daniel Menaker, author of My Mistake

“With her lively Inside the Dream Palace, literary biographer Sherill Tippins succeeds where other historians studying New York landmarks have failed: She understands that even the most splendid buildings are mere settings for the personalities that inhabit them, and wisely bypasses rote chronology for the vigor of cultural excavation . . . The Chelsea Hotel may face an uncertain future, but Tippins’s enchanting book guarantees its renown for generations to come.” — Time Out New York

SHERILL TIPPINS is the author of February House: The Story of W. H. Auden, Carson McCullers, Jane and Paul Bowles, Benjamin Britten and Gypsy Rose Lee Under One Roof in Wartime America. She lives in New York City.