Smoke and Mirrors: How You Are Being Fooled About Mental Illness - An Insider's Warning to Consumers 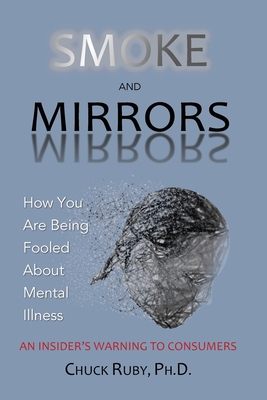 Smoke and Mirrors: How You Are Being Fooled About Mental Illness - An Insider's Warning to Consumers

The orthodox mental health industry is a form of social and moral control and not a true medical system. It has created the "myth of mental illness" that fools people into believing common and adaptive human reactions to emotional pain are illnesses or otherwise signs of personal dysfunction. This critique is not new. It arose six decades ago at a time when psychiatry was embracing the biology of human distress and the use of mind-altering drugs to numb that distress. However, this shift in mainstream psychiatry's focus was not based on science. Instead, it was based on the industry's flailing attempt to present itself as a legitimate medical specialty. Yet, despite the many ways over the ensuing years that professionals, academicians, and activists have described this myth and its dangers, traditional psychiatry has become an even more powerful force and a threat to human freedom and dignity. Smoke and Mirrors explains why nothing has changed and it offers a humane alternative to the current system.

Part I exposes how this myth is hidden behind a disguise of medicine that fools not only the lay public, but also the very professionals of the mental health industry. Illusions of language, created with medical terms and verbal sleights of hand, permeate both lay and professional discourse. Words like "healthy," "patient," "diagnosis," and the very phrases "mental illness" and "mental health," perpetuate a belief that emotional distress and troublesome behaviors are medical matters to be corrected through medical means. So-called "evidence" presented in professional journals and popular news accounts of "mental illness" falls short of the basic requirements of science and critical thought. Research fails to provide evidence to support the orthodox claim that human distress is about real illness. So-called "treatment" for it is likewise without scientific merit, and instead, mostly consists of trying to stop people from complaining about real life problems. When successful, it is called "effective treatment" and "symptom reduction." In other words, the mental health industry is not scientific - it is pseudoscientific. It is a system of moral judgments and injunctions. Real illness is about physiological viability and there are natural thresholds between healthy and unhealthy physiological functioning. But with "mental illness," there is no natural boundary between it and mental health. Thus, arbitrary moral judgments must be made to distinguish the two.

Part II of the book removes the disguise and presents a humane non-medical and non-illness alternative to understanding the very real and distressing problems we face in life. Germane philosophical issues regarding the mind-body difference, emotions, and existential dilemmas are explored. Various "mental illness" diagnoses are explained as different types of escape strategies - attempts to break free of the inherent painful emotions in living. But the problem is not the pain. It is the futility of attempting to escape that pain indefinitely. Without the specter of "mental illness" as a force that dictates or prevents personal actions, we are left with the realization that mental disability, impairment, and insanity are fictions too. The key to overcoming emotional distress and wayward conduct lies in personal desire, willingness, and choice.